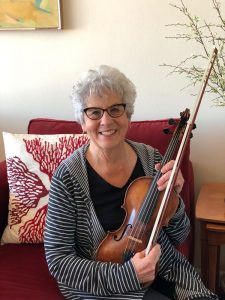 The picture that comes to my mind when I think of the work “widow” is the last scene in the movie Zorba the Greek where shriveled old ladies in black are waiting for one of the other characters to die, and once she breathes her last, they strip her room of all its furnishings and valuables like vultures. I also think about my Nana’s widowed friends who wore black. All of those old women were stiffly corseted, wore their hair pulled back in a bun, and were completely unapproachable. Who wants to be like that?
Where are the widows my age anyway? They seem to disappear. Are they like I was, wanting to join the world of the “single” for a while? Are they grieving and wish they were in a hajib to hide from the world? Or are they simply ignored? If we have so much trouble figuring out our role now and how we fit in, that might be equally hard for our friends and family.
Our society doesn’t have a place for widows. We don’t venerate old people, and most widows are not young. If a young, single woman has little status, how much worse is it for a mature woman whose husband has died. The cult of materialism and sexuality that plagues our teenage daughters with its ubiquitousness has its negative counterpart toward the end of life when we are past the age of bearing children and no longer major consumers or objects of sexuality. As my sister says when I worry about how I look, “No one cares, no one is looking.” Of course, that’s also quite liberating.
Then there’s also the death thing. I have had the experience of mentioning my late husband, or saying that he died, only to see people give me a blank look, look nervous because they don’t know what to say, or walk away. When I mention him it’s related to the conversation in some way, and I’m not sad about it. But that doesn’t seem to matter. It often stops people cold. What do I say now? I think they’re muttering to themselves. Our society is still largely in denial about death. This attitude is unfortunate, because one widow I know mentioned how important it is to her to be able to talk about her husband to others. They are still a part of us, a part of our lives. And we remember them fondly, for the most part. It’s closing a part of us off when we feel that we can’t talk about them.
Society doesn’t want to know about us because they don’t know what to do with us. They might be afraid of us. There’s the stereotype of the widow who’s out to get somebody else’s husband. Whether it’s true or not makes some married women anxious about spending time with a widow, especially if their husband is around. Also, most of us are not big consumers, so we’re not a sales target except for pharmaceuticals. We’re receiving social security; that might frighten or annoy those worried about having enough money left when it’s their turn.
Here’s a bit of anecdotal reality. Some of us take care of grandchildren. Many of us are politically active. Many of us are still in the work force. A lot of us volunteer for community events. We like to hike, swim, play music, and sing.
Maybe there’s a widow counterpart to the Grey Panthers. The Black Widow? I don’t think so. Widowhood is like other issues we’ve had to face. It’s up to us to value ourselves before we can expect others to. Maybe that’s why it drives me crazy when I hear older women titter and laugh at a comment that is serious, or treat themselves as who, me? I’m not important. Or say “sorry” all the time. Sorry for what? Being alive?
It’s time those of us who are widows own it and stand up for our place in society. After all, the definition of widow is factual: it means a woman whose spouse has died and who has not remarried. I can own that. It doesn’t take anything away from us as persons. It’s just an item to check off on a form, and doesn’t mean who we are, how we’re supposed to act, or what value we have. We’re widows. And we’re a thousand other things.