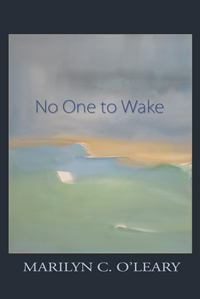 When my husband of 50 years died after a long period of medical complications following a liver transplant, I was astounded by the emotions I felt that I did not want to talk about. To understand what I was experiencing, I wrote a poem almost every day for two months starting with the day after he died. Some days there were complete poems, some days only a few lines. These pages recount the experience of reflecting on the
life we had together, what is was like to be alone for the first time, and wondering who I would become without Jim. The book is available at Amazon. com .

Here is the first poem.

On the day of our 50th wedding anniversary

I had to put sliced cucumbers on my eyes

to shrink the puffiness.

Your feet were hurting.

You felt you couldn’t stand.

But we went to the party

planned by our children.

My eyes were better.

We were showered with blessings,

Then, seven months later, you left your body.

Now you’re the light shining in the clouds,

the leaves rustling in the wind,

the river swirling in the eddy.

Here and not here.

You who believed and didn’t.

You had faith in yourself –

in me, in our children.

You were rarely afraid.