Today is the anniversary of the day Jim and I were married 56 years ago. It’s been five years now since he passed, and I am just becoming comfortable with calling myself a widow. I don’t know why I was so reluctant. Maybe because in my mind I pictured a bent-over old lady dressed in black from head to toe, shuffling around aimlessly and whose life was essentially over, too. Who would want to be that? Never mind that after he died there were days I felt like wearing a burqa if I had to go out in public. And I wasn’t the Merry Widow because I was in my seventies when Jim died and I wasn’t rich. So I was doing widowhood the way most American widows do, my own way.
Not many women have written about widowhood. I have now because I am ready to own it. The Random House Dictionary has a straightforward definition of widow. A widow is a woman who has lost her husband by death and has not remarried. That’s about as factual as you can get. It doesn’t say anything about how it feels, because it’s different for everyone, or what you should do after, because there are no shoulds, or what your life will be like, because that’s pretty much up to you although it has something to do with the society you come from.
I’ve been thinking about what it means from a personal point of view to be a widow. This is my point of view: daughter of Italian-American immigrants who grew up during the economic boom after WW II in the American Midwest, went to Catholic schools, got married, had two children because we believed in zero population growth and because we didn’t want any more, taught kindergarten, graduated from law school at the age of 41, practiced law in Albuquerque, NM, and spent a lot of time caring for my husband who had a liver transplant when he was 53, which gave him 20 more years to enjoy life and experience a number of debilitating illnesses. It was a mixed bag. It was wonderful. It was heartbreaking. It was living life.
Then I became a widow. And it, too, is heartbreaking, wonderful, and living life. 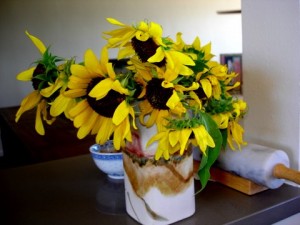